I have helped many people to understand the Way of Natural Relationship and to create a better relationship within themselves and their environment. I have been teaching and training people since 1992.

“When I worked in security, I noticed that people’s major lack is how to understand the relationship and how to anticipate it. People weren’t aware enough or they were wrong about what the situation was.

I have always been interested in why some are more successful in life than others and I have also always wanted to understand things more deeply. At the age of nine, I began judo practice because I wanted to be stronger and succeed better. Very soon the oriental philosophy behind budo start to interest me and at the age of thirteen, I began to study mind control through Zen Buddhism and meditation. In 1991, I start to practice ki-aikido, focusing on mind and body coordination, under the personal guidance of Christer Seppänen. The very next year I met Rainer Varis, who has brought ki-aikido to Finland, and European head teacher, japanese Kenjiro Yoshigasaki as his teachers and I start to study under their teaching. That same year I started to teach ki-aikido in the city of Kemi in northern Finland.

Over the years, I has expanded and deepened my studies. I had studied for example ancient peoples habits and their relationship to the nature, shamanism, religions, NLP, and cognitive psychology. In 2013, a holistic understanding began to form for me, with relationship at the center of everything. From this point of view I started to develop the KiDo – Way of Natural Relationship.

“After working in many professions and also as a trainer for a long time, it was natural for me that I started to do my own thing and share knowledge about the Way of Natural Relationship.” 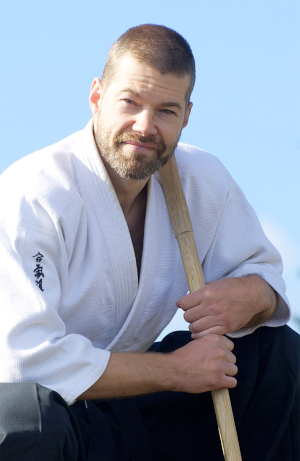